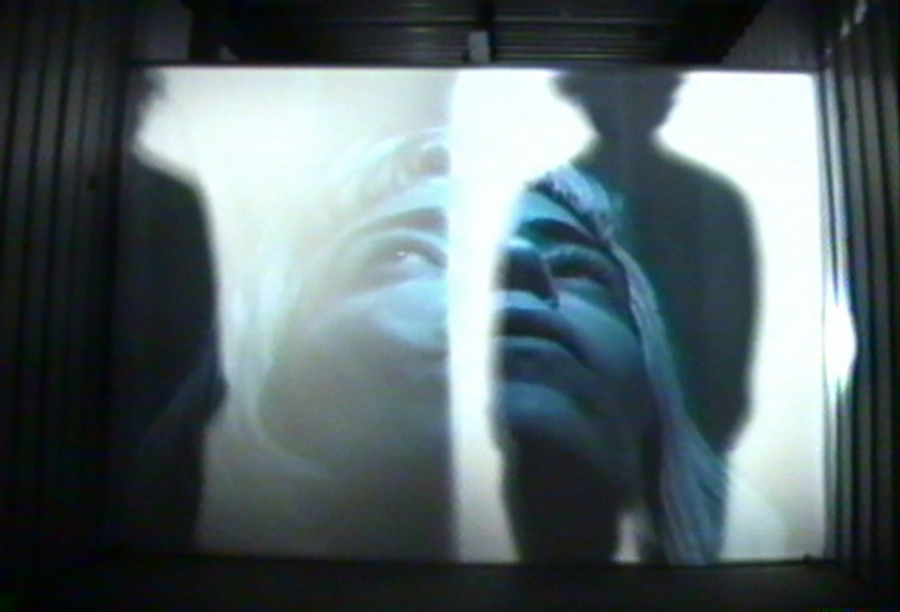 tele-presence installation for a single spectator

Performers tele-dialogue with a single spectator from a remote location, for 10 minutes. Their video stream is projected inside the shadow of the spectator, who becomes the work’s co-author.

Today, we have other ways of communicating with others: e-mail, chat rooms, web-cams, etc. But what is left of communication? In entre-deux, we wanted to explore a representational form in which the performers are in contact with one spectator at a time in two separate places, their respective presences being transmitted by a technological set-up (tele-presence). By moving and changing positions, the spectator is no longer only a passive observer but communicates with the performers and participates in the creation of his/her own show. The body becomes its own theatre, and the spectator becomes co creator of the performance.

Who is watching and who is being watched? The unfolding of the performance is determined by the spectator’s involvement, and therefore, he/ she takes on some of the responsibility of its development. Thus, every performance is unique and is a singular experience for each spectator. The installation entre-deux questions the notions of tele-presence, voyeurism and participation. Since its creation in 2002, when it took place in a warehouse alongside a highway, the installation has been adapted for several different contexts. Among other venues, it was set up in containers at a port, in trailer homes, and in crates crowded onto a theatre stage. 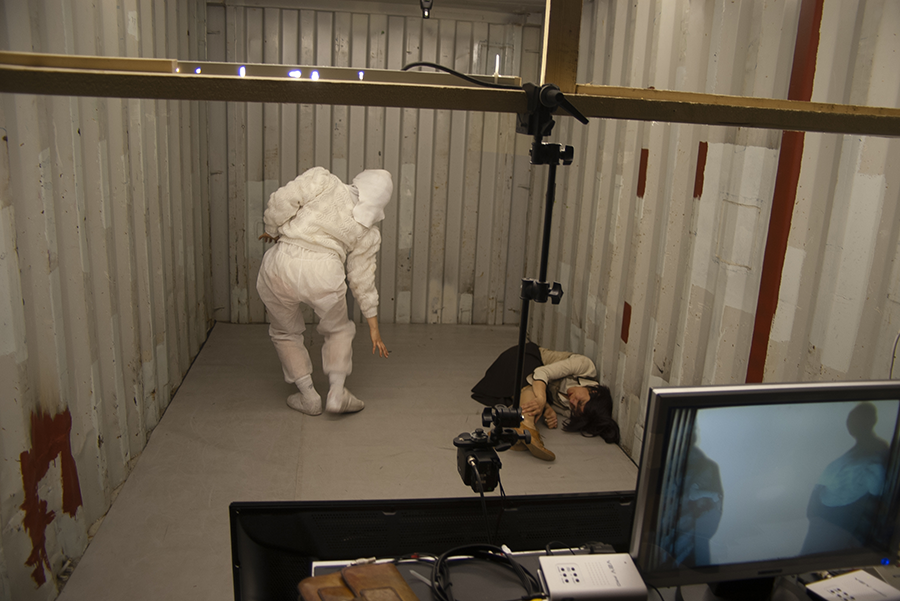