the body as an interface

the puppet(s) features two dancers, as well as a visual artist and a sound artist, who also perform live. The idea driving this work is that of the performing body as an interface between the spectators and the media environment. The performers employ strategies to bring the spectators into a relationship with them and to activate the sensors attached to their bodies. By manipulating these sensors, the spectators have the power to modify certain parameters of the media environment (sound, image, light), and in this way, they contribute to defining the work’s aesthetic.

Starting from a partially predetermined scenario, all the participants make artistic choices in a climate of structured improvisation. Audience members have the choice of participating actively or of remaining observers. Whether it tends toward dialogue, confrontation, collaboration, domination, or game-playing, the relationship that develops between the spectators and the performers is one of the central elements of the work: the active spectators, watched by the rest of the audience, become performers themselves. 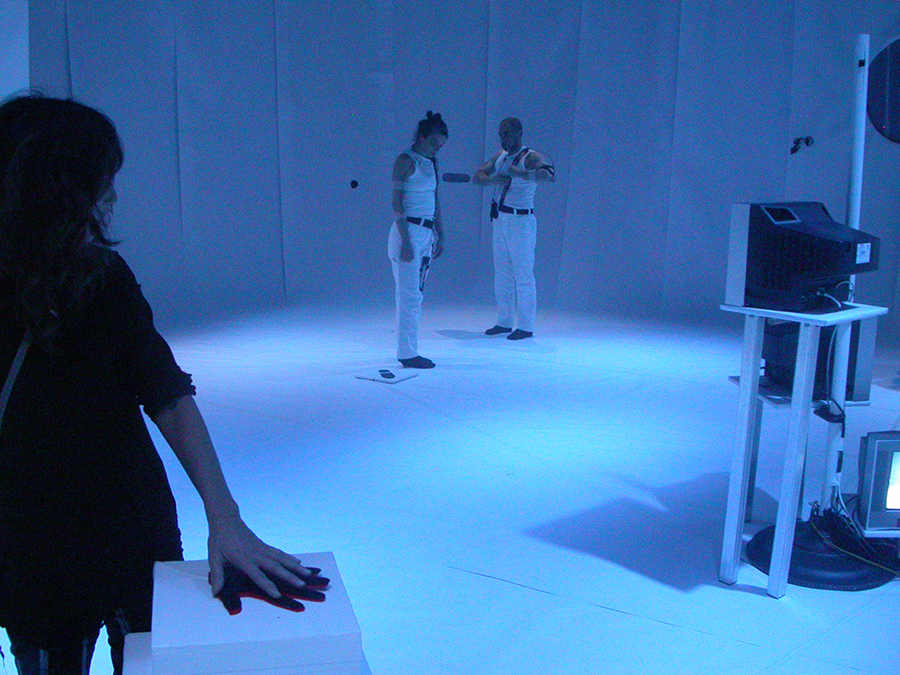 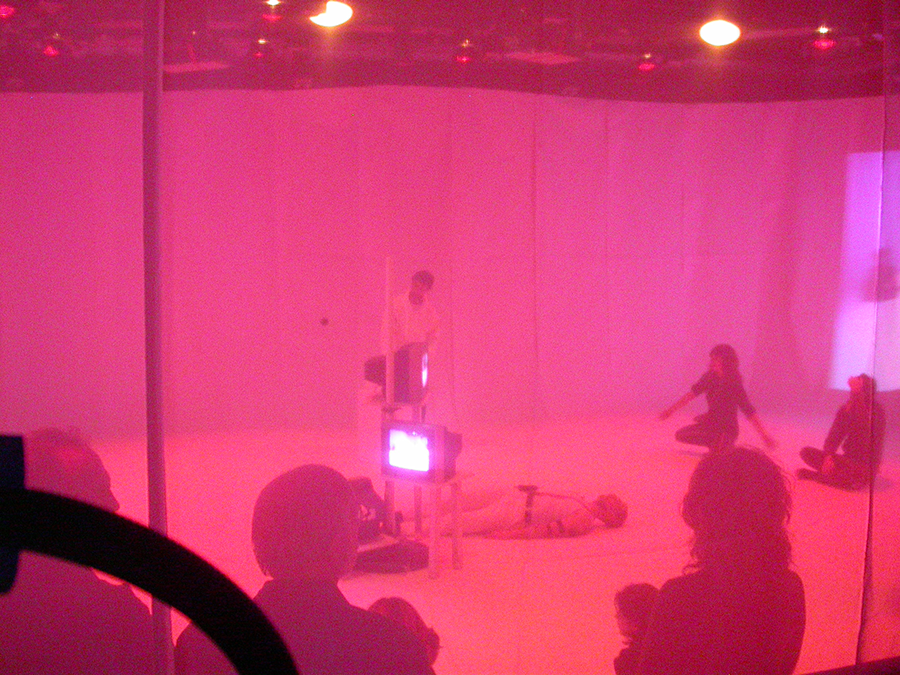