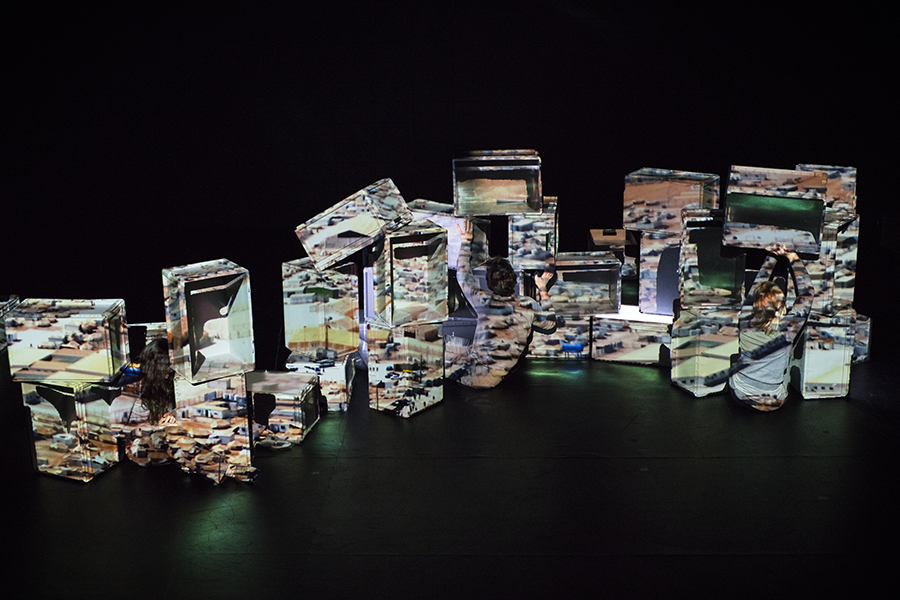 Geopolitics and children’s games: a parallel between the state of the world and the capacity to reinvent it. Sixty plastic boxes as video mapping surfaces mix internet images of gaming and refugee camps.

In this performance, bodies and objects act as extensions but also as limits, tools, or constraints towards each other. Between soft and hard bodies, between flesh and shell, role-play, sculptural compositions, and poetic evocations operate, intermixing childhood and the wandering of a globalized world in search of reinvention.
Every environment, its components, and the relations that occur in it constitute an enigma, a mystery to solve, a space to apprehend and categorize. How do we decipher a place What problems does it present? What decisions and actions should we take, and what kind of relationships should we have in/with it?
In Enjeux, video images fragment onto sixty boxes which three dancers move around in a playful manner like pieces of a puzzle. The images blend with parts of bodies in motion, like mini-sections of a world in perpetual mutation, embedding the protagonists in imaginary realms where they become the actors. Symbolic objects for both adults and children, the boxes in Enjeux remind us of the social roles we play through our functions or simply by the way we live. 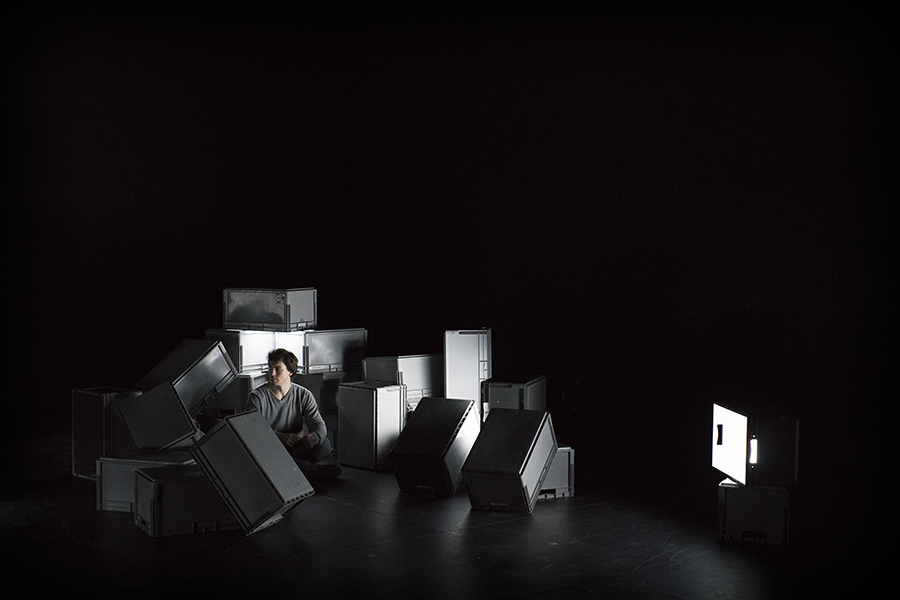 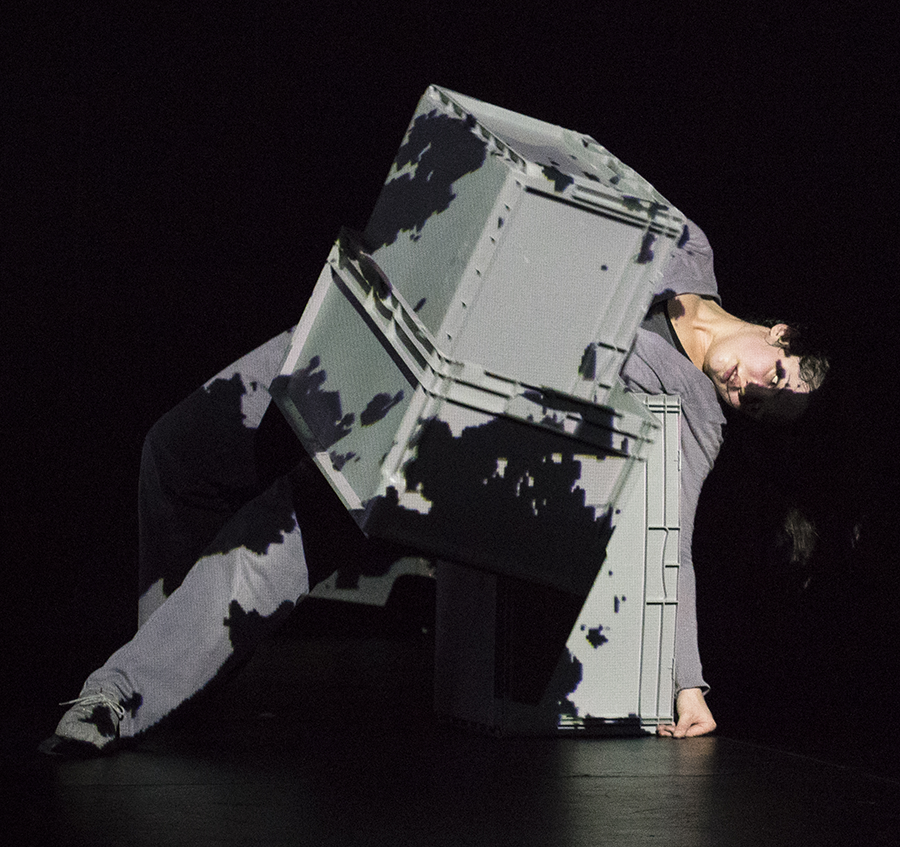 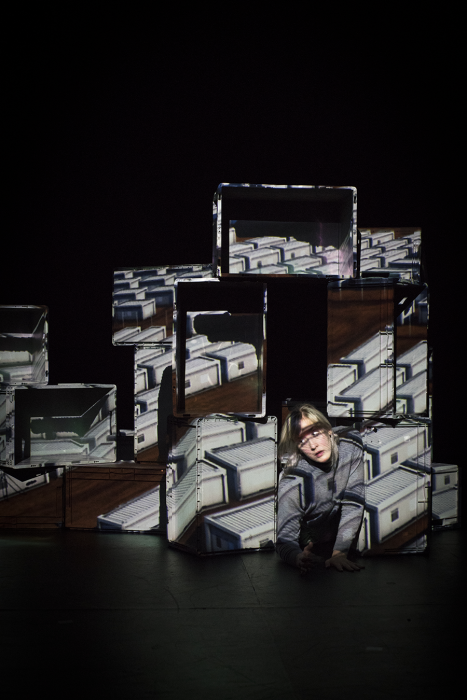 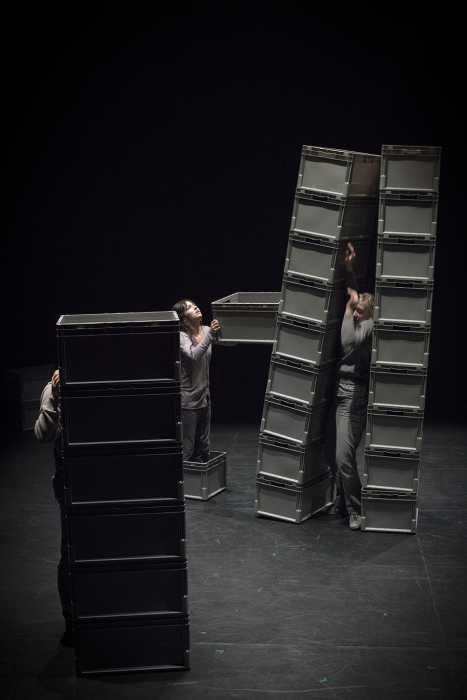 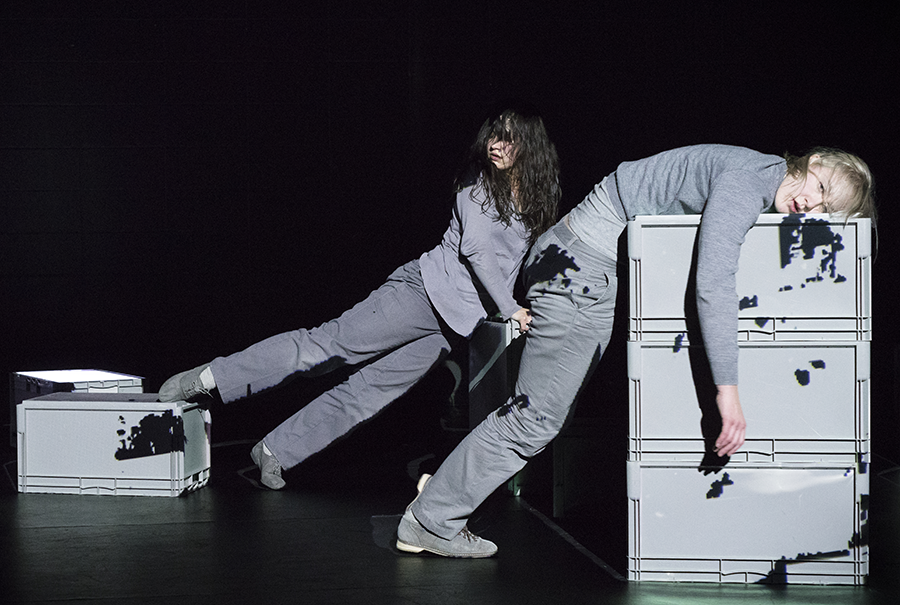 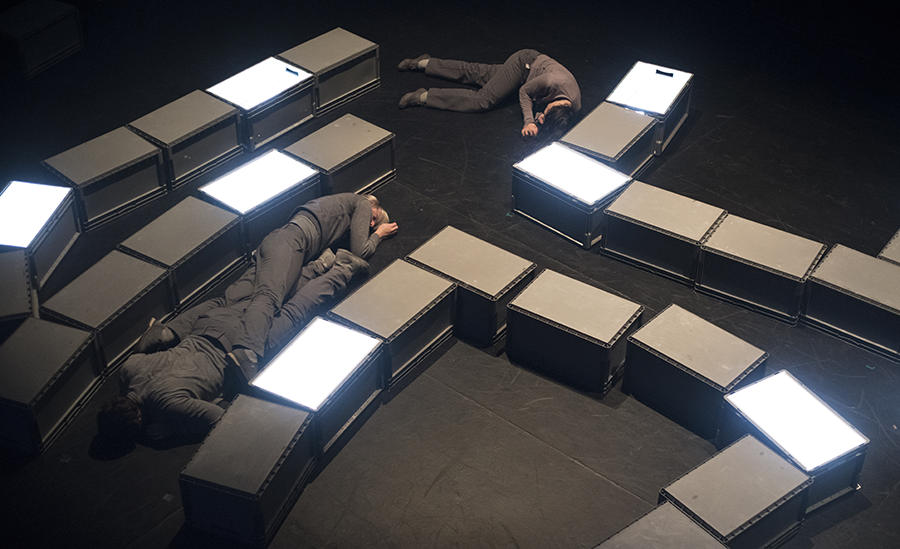