Fetishist relationship to the art object, fascination for the spectacle, and voyeurism towards disasters. Reflection on performativity through a staging of the virtual and the inanimate.

Digital Accidents is made up of a series of 3D print-outs in polymer additive plaster. Two objects in particular,
Inevitable Beauty and Compulsive Commodity, highlight the interrelation between real objects and their 3D
counterparts in virtual space via a notably defective feedback loop.
Inevitable Beauty is a train which, in its altered form, gives the impression of having been subjected to a temporal
maelstrom in its fabrication – a train wreck caused by a crash with time. Compulsive Commodity is an ornately decorated truck which, in its new form, presents an altered material structure, its chassis transformed into a semi-transparent carcass as if an organic disaster like an attack by a virus had taken place. Both of these virtual models
represent the originals down to the smallest detail, having been acquired from a leading online database for the 3D-
model industry. The train, a 19th-century metaphor for speed and power, and the motor vehicle, an (over-)used
20th-century metaphor for individual freedom, are in a state of frozen time in an exhibition context, a mise-en-scène
of our fetishistic relationship with the art object, our fascination for spectacle, and our voyeuristic attitude towards
approaching catastrophe. 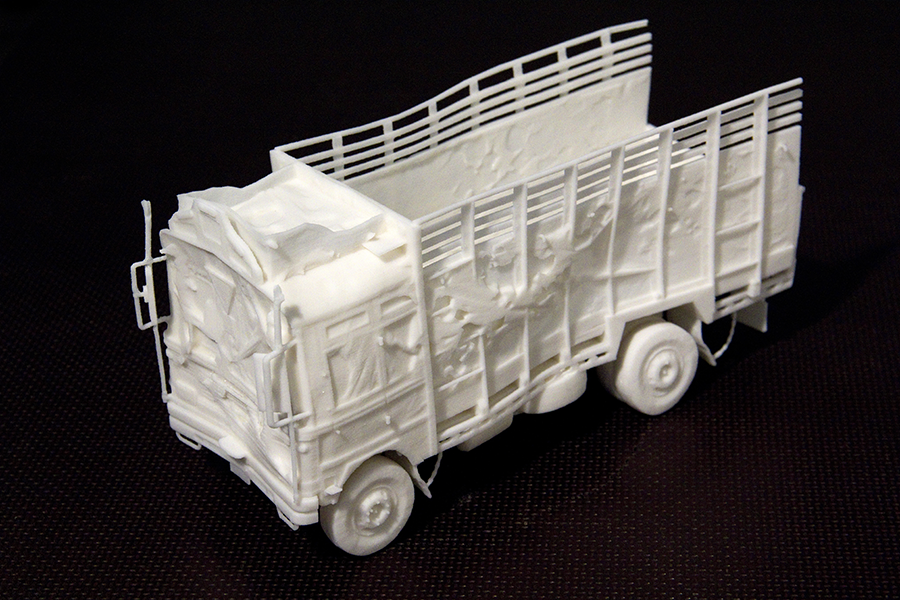 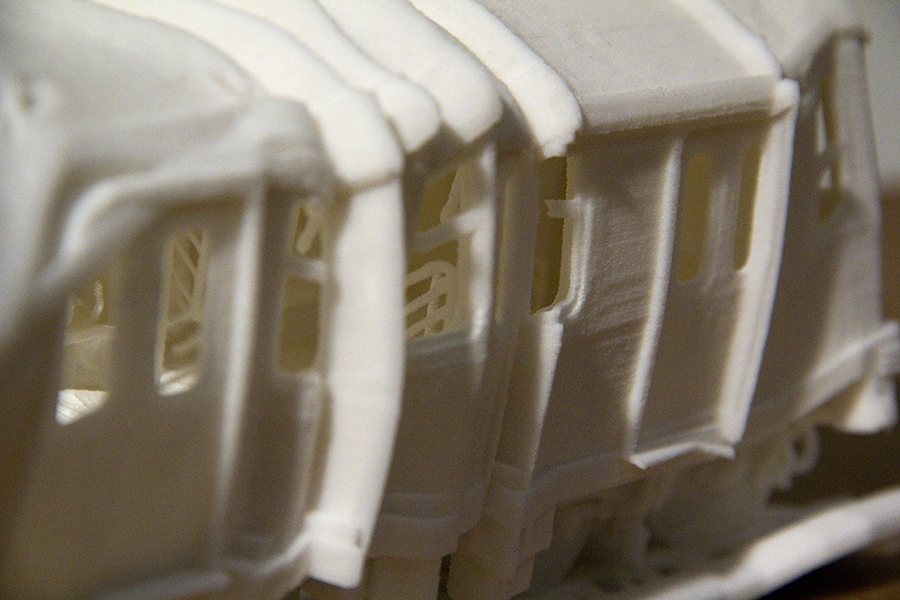 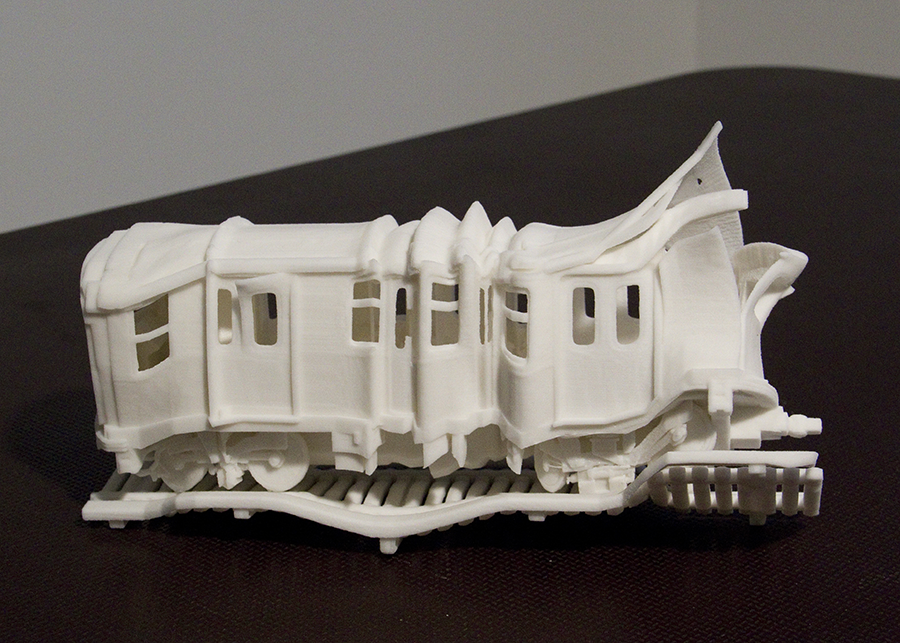 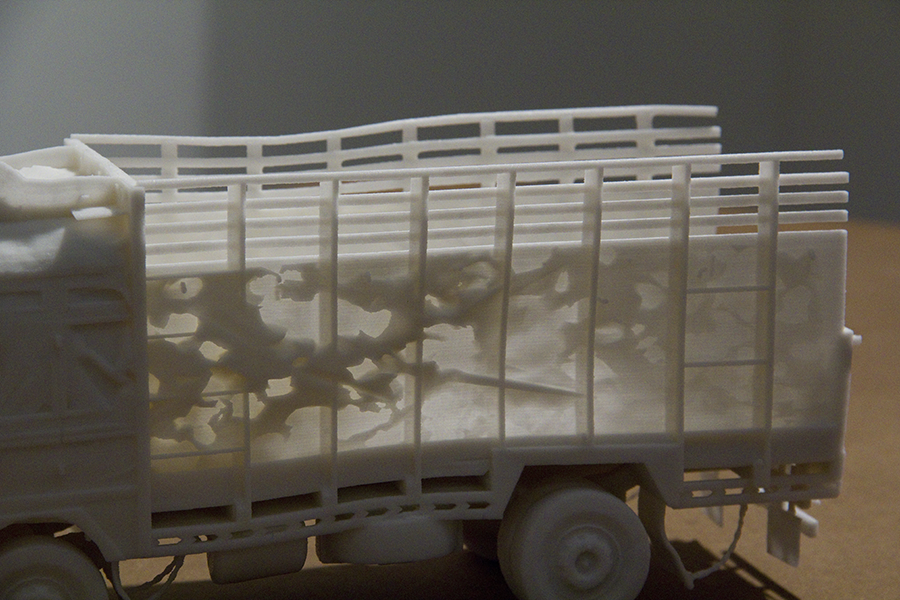